Connecting our enjoyment of our beaches with a sense of stewardship and responsibility.

The Beach Quest Exhibit is a diorama of an intertidal shoreline showing both a rocky and sandy beach and the creatures and plants that make their home along Gabriola shores.

Many of the creatures are labelled in Hul’qumi’num, Latin and English. We are still adding to our knowledge of Hul’qumi’num species names. The Museum’s mission in creating BeachQuest is to connect our enjoyment of our beaches with a sense of stewardship and responsibility for them. As we learn more about marine life, our respect for how genuine it is increases. So does our understanding of the importance of marine life to the sustainability of our island and the worthiness of protecting it.

A schematic display of the intertidal zones and their characteristics allows visitors to visualize the daily tide changes and their impact. A touch table and magnifying glasses give visitors a close-up look at intertidal shells, remnants of live animals and seaweed. An interactive game/exhibit of ocean and forest food webs is available for children and youth to classify and develop an understanding of the connection between living organisms.

Other displays include “What Lurks Below,”a diorama of what we find in the deeper ocean, including specimens and photos of unusual creatures. The Snuneymuxw Salish Sea is our food basket and there is detailed information on our panel of fish, crabs and shrimp: a vital food source. We also feature a map of Gabriola showing traditional territory Snuneymuxw place names around Gabriola. The Museum will be further developing this exhibit.

A colourful, illustrated guidebook to five of Gabriola Island’s beaches.

BeachQuest was published by the Museum in 2014 (see Sounder newspaper article at bottom of page). The book is supported in the museum by an exhibit showcasing a marine life beach diorama.  Kits to help you get started exploring our beaches can be borrowed or bought at the Museum Gift Shop or at our online store.

This page is designed to give you a glimpse of what you can learn from the book. Underwater forests (bull kelp), mini aquariums (tidepools), and “cling-ons” (mussels) are just a few of the extraordinary plants and animals we have access to on Gabriola’s remarkable shoreline. Surrounded by the Salish Sea (Georgia Strait) and its 3,000 species of marine life, this island has a range of beaches, each with its own identity. Brickyard Beach has rich oyster and clam beds, and Drumbeg Park overlooks tidal currents and whirlpools. Descanso Park and Taylor Bay have valuable eelgrass beds that provide nurseries for hundreds of marine animals.

The Gabriola Museum has just published BeachQuest, a guide with maps of five Gabriola beaches and illustrations of the twenty plants and animals most easily found on each of them. BeachQuest is also a new exhibit at the Museum, displays of the marine life that lives at each of the intertidal zones of a beach, and of the animals that live only underwater. BeachQuest is a new initiative at the Museum that is designed to appeal to families and schools, and encourage a sense of stewardship for our marine environment. 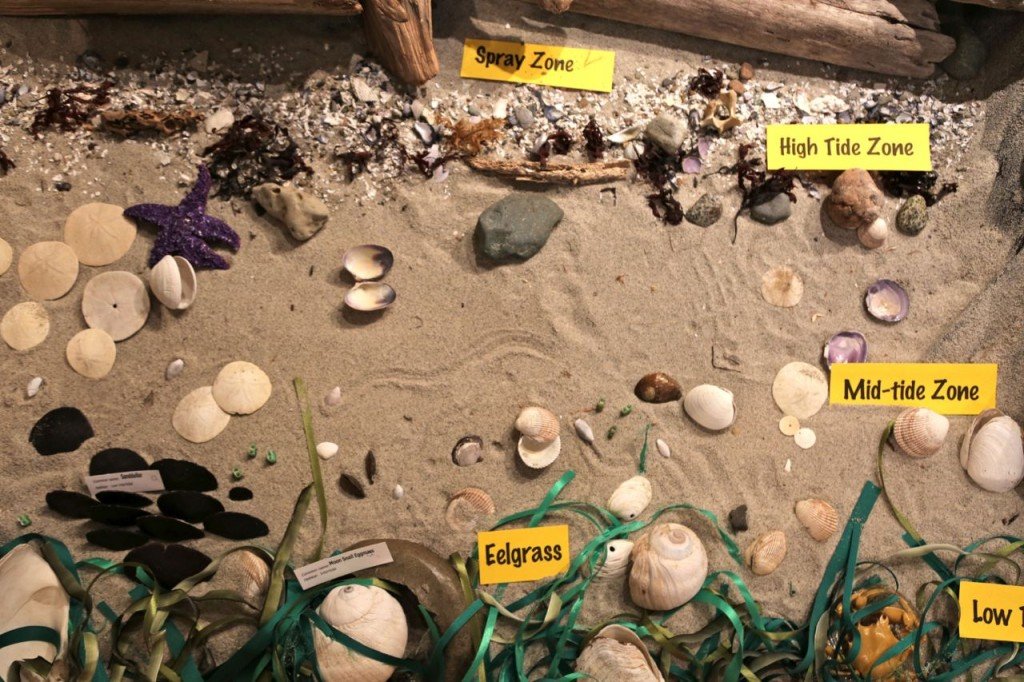 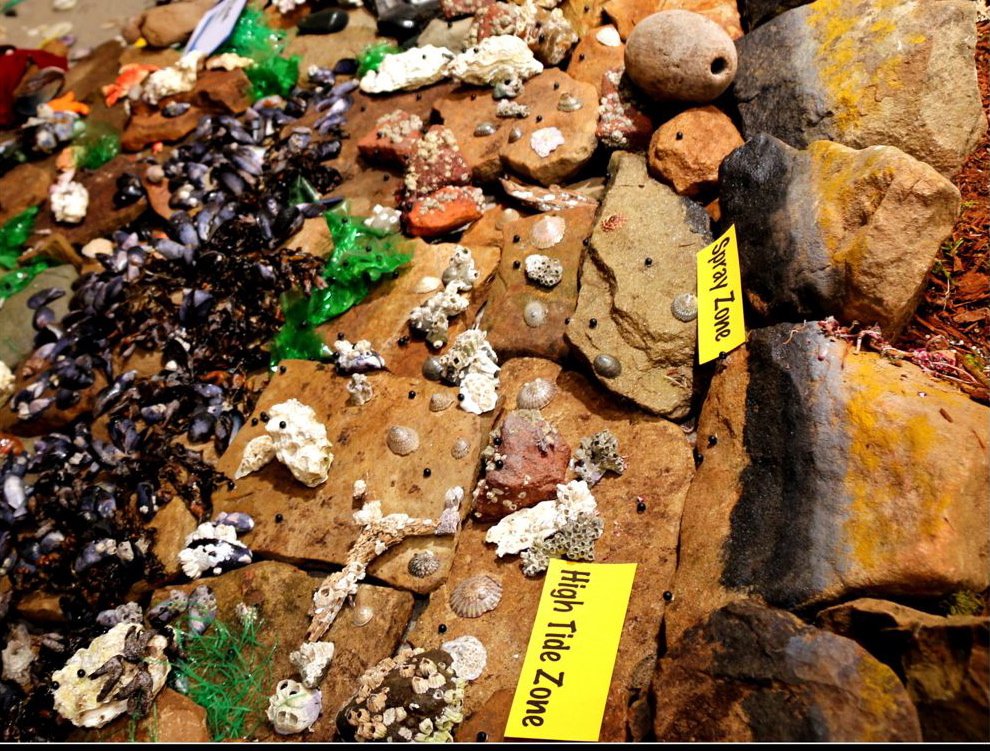 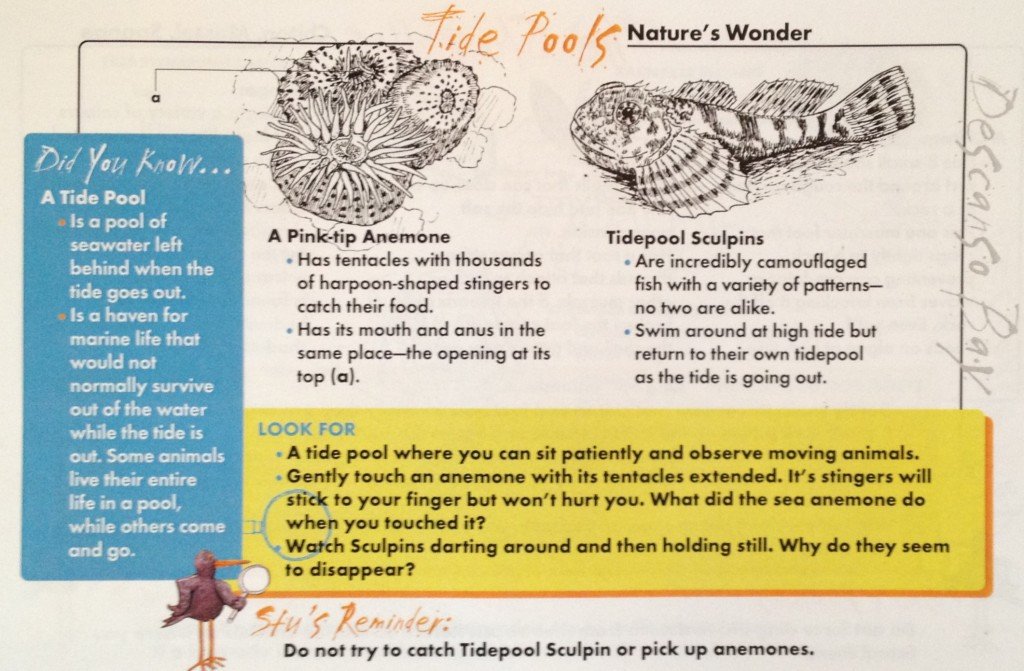 The Inner Life of Clams & Other Bivalves

“Before I did this exhibit, a clam was just meat inside a shell. Now I know it can swim, deter predators, I know its habitat.”

Connor Reid, age 10, has installed his BIVALVES Exhibit at the Gabriola Museum, next to the existing BeachQuest Marine Exhibit. He’s interested in exploring the smaller organisms of the ocean, rather than the more popular marine animals like dolphins and whales. He wants to dig into the things people don’t know – like the importance of harvesting enough clams from Brickyard Beach so that the beach does not become overpopulated with clams.

He designed the exhibit originally as a class assignment for Ms. Kate Reynold’s class at Gabriola Elementary School. With encouragement from marine biologists Edith Kraus and Ken Cripps, he took his research further and expanded his exhibit to include safe harvesting as well as habitat. Christy Wilson, a marine biology educator advised him on how to teach people about the ocean. He then went on to present at both Oceans Day and a local kids camp of groups from ages 5-15.

The exhibit includes a Touch Box with a varied selection of shells. It can be viewed at the Gabriola Museum weekend days from 10:30 a.m. to 4 p.m. through Thanksgiving Day.

More about the BeachQuest guidebook 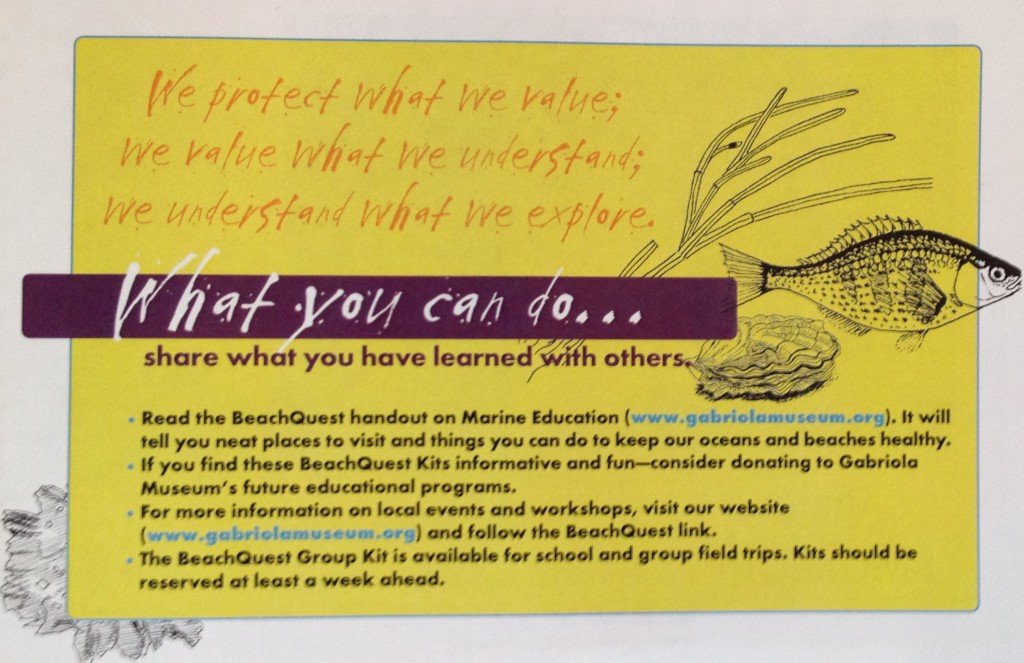 BeachQuest also dedicates individual pages to specific marine life. Quirky and interesting details capture how the plant or animal lives, how it interacts with its environment, and amazing facts about its biology.

…Do you know where the madreporite is on a Sea Star, or what it does? 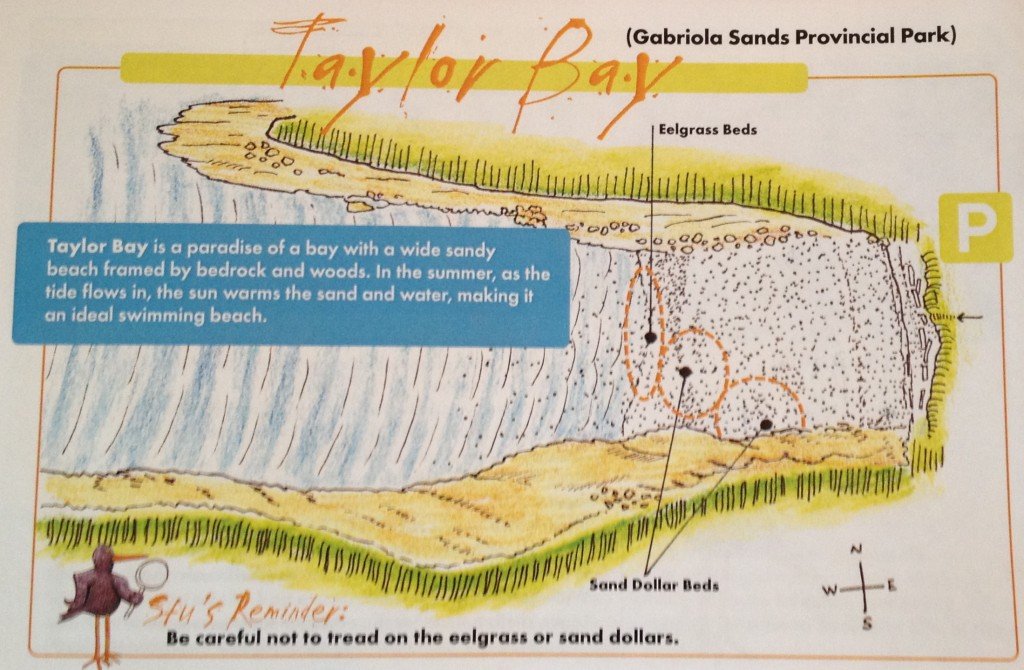 BeachQuest presents maps of each of the five featured beaches. The clearly drawn maps highlight where to look for many of the amazing and essential plants and animals found in the intertidal environment such as Sea stars, Eelgrass beds, Sand Dollar beds, Sponges, and Tidepools.

The BeachQuest mascot, Stu the Oystercatcher, has a reminder on each page to help new explorers respect the beach and its inhabitants.