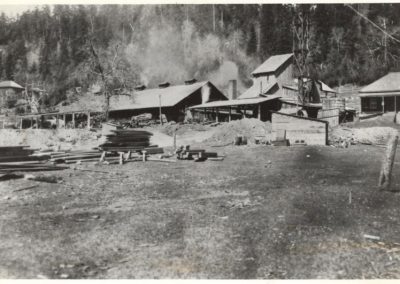 The Brickyard Seen From the Beach 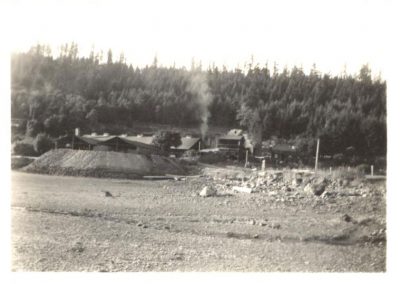 in operation. No date. 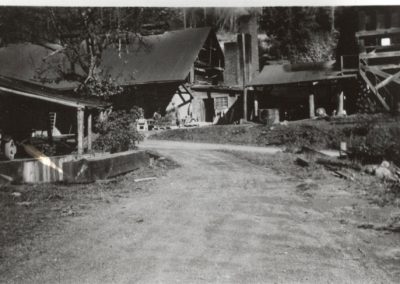 showing the back of the factory. No date. 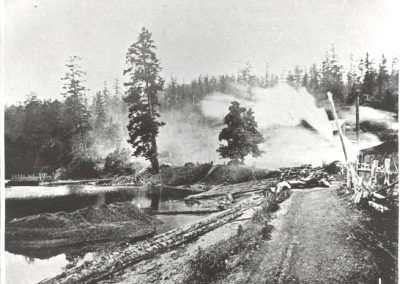 General view of the site where the Brickyard factory was. No date. 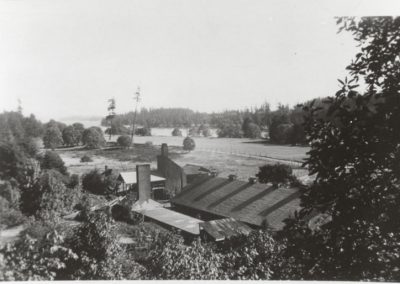 The Brickyard Factory – South End, Back of the Plant

The Brickyard factory showing the south end of the back of the plant. Looking over the yard towards False Narrows and the south end of Mudge Island. The tall chimney belonged to the dryer, which was next to the firing kiln. Behind it are storage sheds. 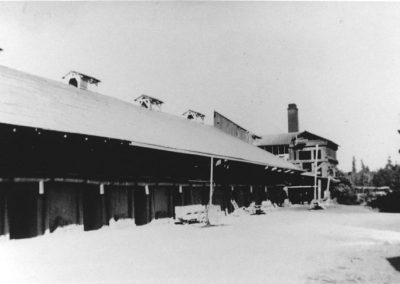 View looking uphill to brickyard buildings. The Brickyard kilns with the engine room on the right end. No date. 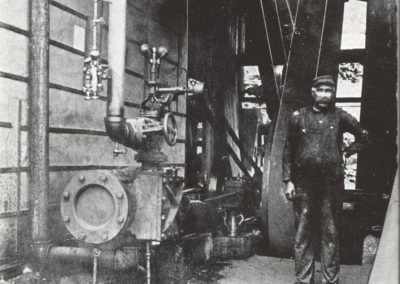 Man, unidentified, in the interior of the Brickyard. This shows the engine power area and presses. No date. 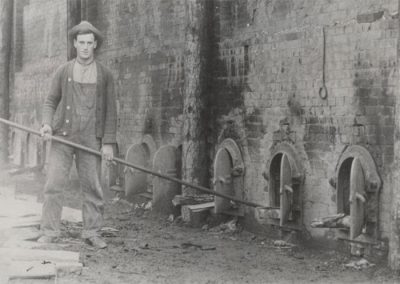 Jack Finnamore is at the doors used to kindle wood fires. Once alight, the temperature was raised by adding coal through holes in the roof. 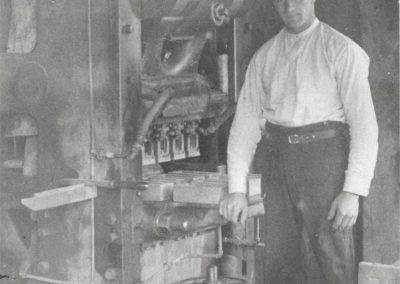 Worker and dog standing beside the machine that presses bricks. No date. 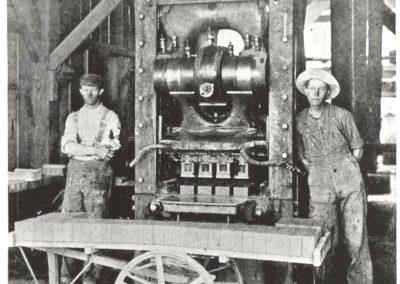 Two men, unidentified, standing beside a brick presser with a cart to transport the bricks. No date. 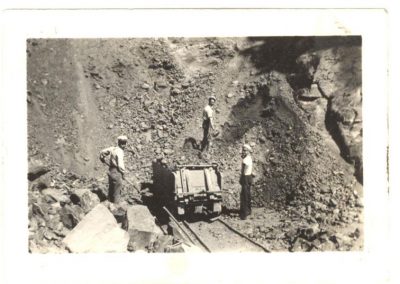 Three men shovelling shale that will be used to make bricks. From left to right: Henry Silva, Bill Rowan and Dick Edgar. 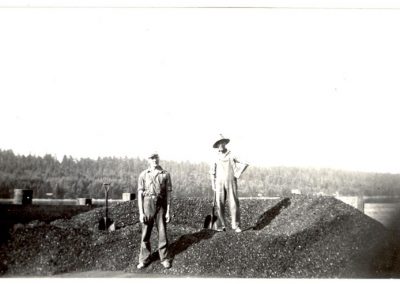 Jim Davis and friend shoveling coal at the Brickyard. No date 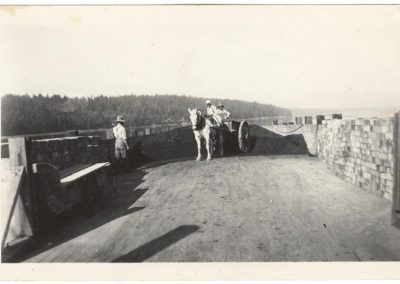 Workers unloading coal for the Brickyard. There are finished “Dominion” bricks on the right side of the picture. The men are unidentified, but we know the name of the horse, Dolly. 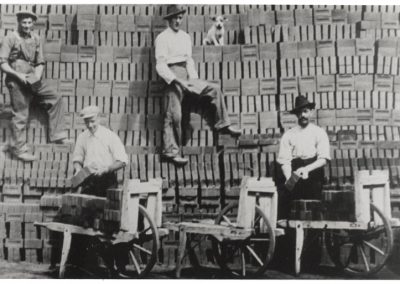 Men loading or unloading bricks on to the carts. The only identified man is Harry Finnamore, top centre with his dog beside him. 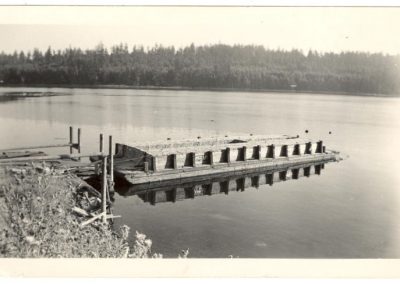 The Brickyard scow and Mudge Island in the background. No date. 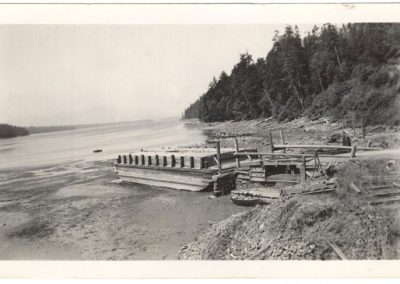 The Brickyard scow loaded with bricks. The tide is out and the scow is beached. No date 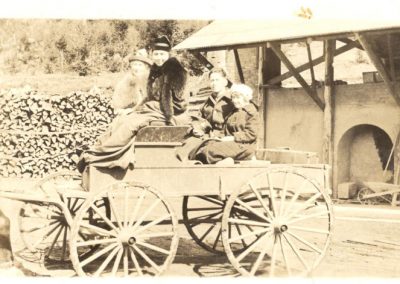 Rose and Samuel, last name unknown, on honeymoon on Gabriola in a horse-drawn buggy at the Brickyard. No date.