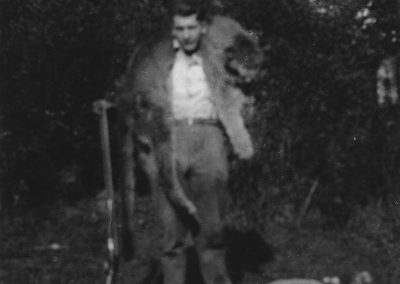 Man with gun standing with the body of large cougar slung around his neck. Man could be Joseph Chapple, or he may be another of the Chapple family (there is an article in the Free Press of Aug. 30, 1894 about J. Chapple killing a cougar on his land. This “monster panther” was 8’7″ long – its mate was still at large when the article was written). 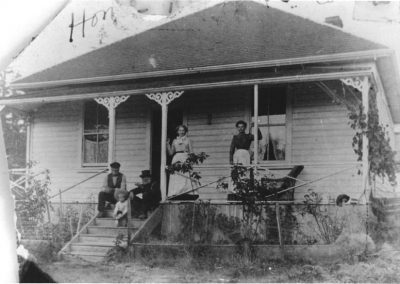 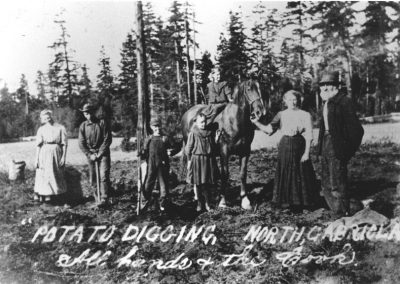 Potato digging, people are most likely the Rollo family. Photo of four adults and three children (one female child on horseback) standing in a field; one male child holding a rifle or shotgun; all picking potatoes. The caption below, in white says: “potato digging, North Gabriola All Hands & the Cook” 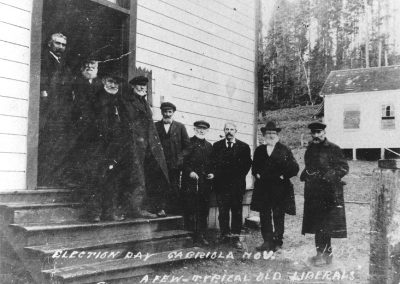 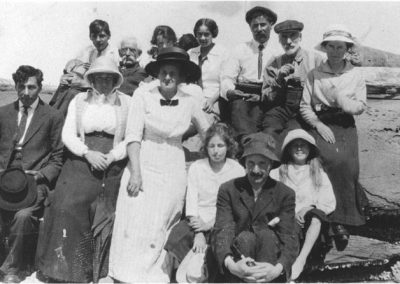 Black and white photo of the Law family,torn left and right corners and top left middle. Written on back in ink: “The two girls are Gwyneth and Betty Law but don’t know the rest. Some of the Laws I think.” Signed by “Mini.” They are located at Silva Bay. 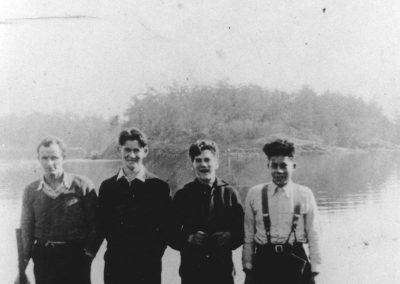 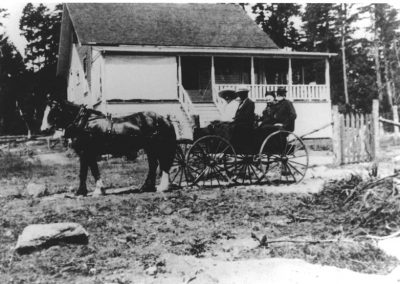 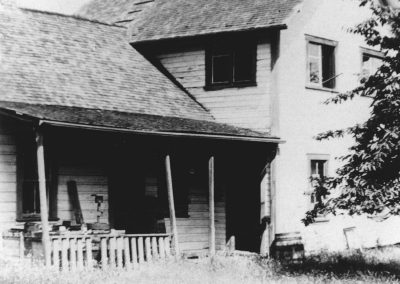 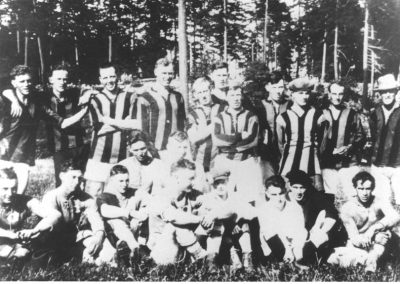 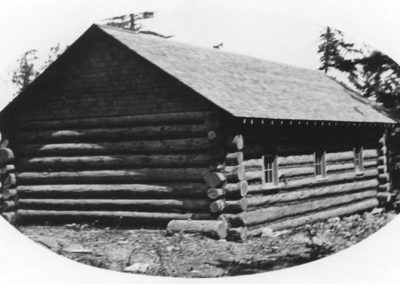 Rear view of log church (Catholic) at the time of its building. Dan McConvey helped get logs. Abraham Crocker donated land. Frank Gibson helped build it. Later the building was shared with Anglicans 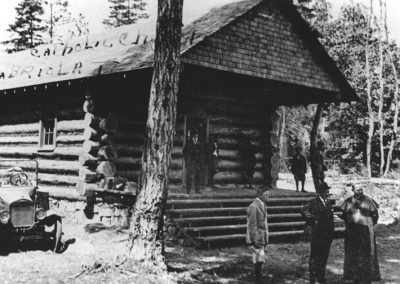 Photo of log church on Gabriola. Rev. Thomas O’Donnell (Bishop of Victoria) at right. An automobile to the left. “Catholic Church Gabriola Is.” is written over the roof. 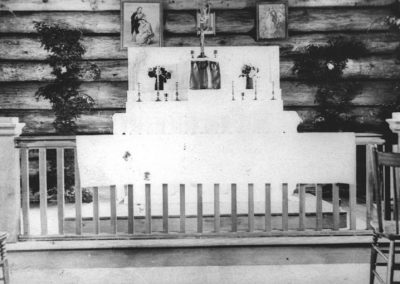 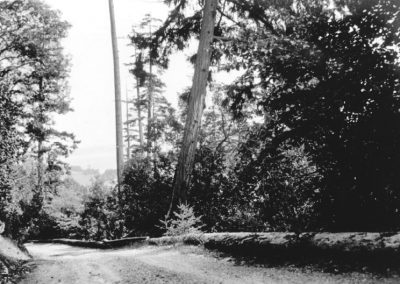 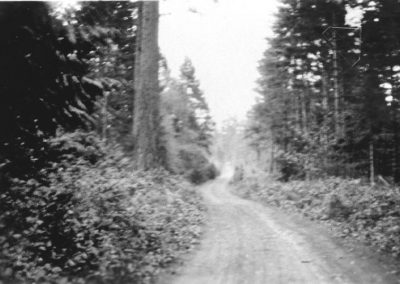 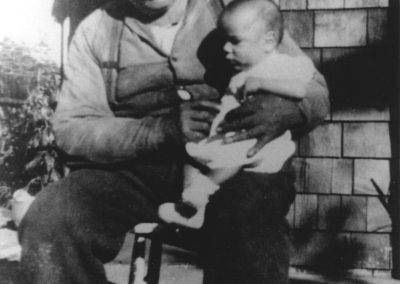 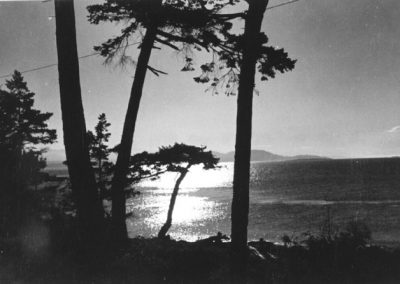 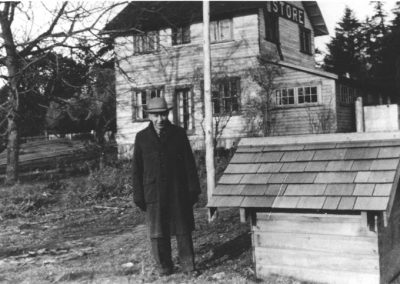 Picture of Lewis Silva standing in front of his house and store located in Silva Bay.According to Joe and Hertha Davis it was sold with 72 acres of land to Sears in 1938 for $1,500. The store is where the Silva Bay Resort is now located. 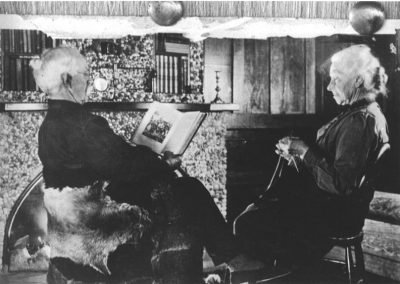 Black and white photo of a photo of Helen and Thomas Coats sitting side by side, he reading, she knitting. 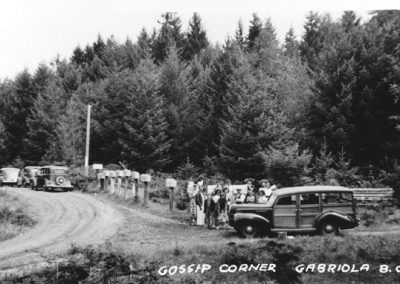 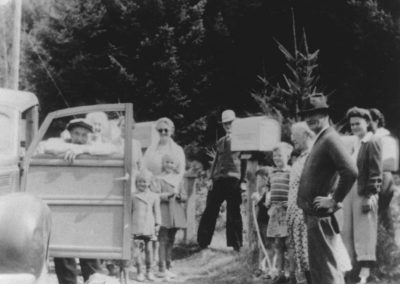 Gossip Corner with mail car and 12 adults and children standing around the mail boxes with T.P. Taylor leaning on the open car door. 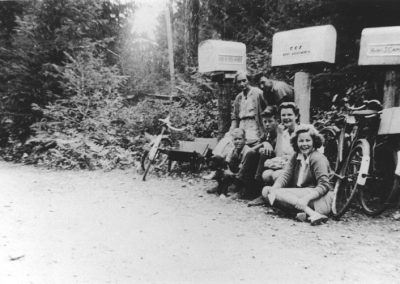 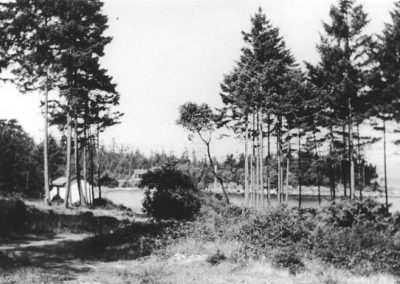 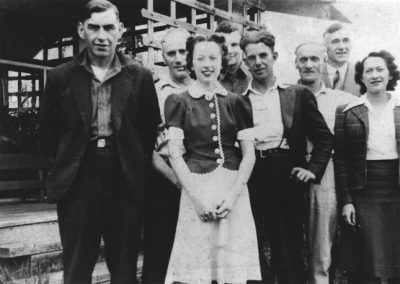 Photo of the McConveys and Edgars. Eight people standing in front of a porch. On back in ink: “1. Wm. McConvey 3. Stan Finnamore 4. Harry Finnamore (woman possibly his wife Vera, nee McConvey” 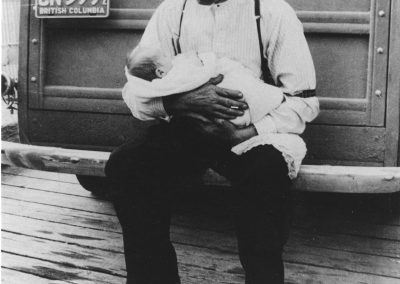 Black and white photo of T.P. Taylor holding a baby. On front is written: “TP giving a youngster its first ride home from the hospital.” 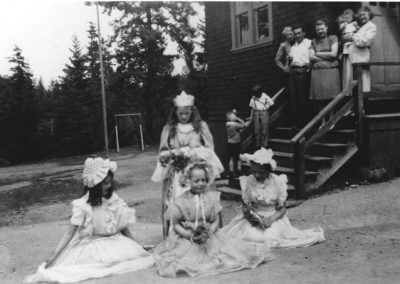 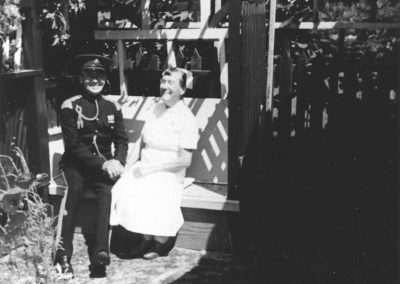 Photo of Hulmes sitting on bench enclosed area out of doors, he in uniform, she in nurse’s uniform, holding hands. 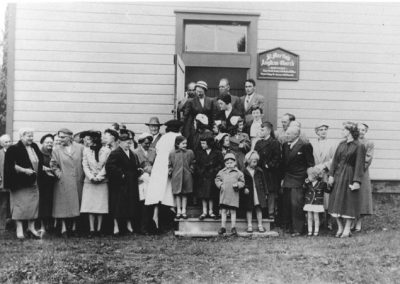 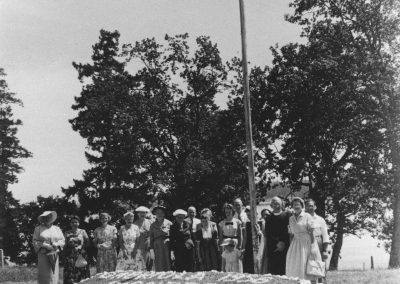 Dedication of the Gabriola Cemetery, 1958