The story of how Gabriola has met the spiritual and physical needs of its inhabitants through the ages.

This 31 minute podcast introduces the Exhibit and Film, The Land Provides with a series of interviews.

This 31 minute video was produced for the Gabriola Museum by Tobi Elliot.

People have lived for thousands of years on the island we now call Gabriola.

The ancestors of today’s Snuneymuxw First Nation, a Hul’qumi’num speaking people who are part of the Coast Salish culture, lived in seaside villages throughout what is today the mid-region of Vancouver Island, as well as on Gabriola.

The Snuneymuxw fished, hunted marine mammals, harvested seaweeds and shellfish, and had a complex and rich artistic and spiritual culture. They utilized forest resources for lumber and firewood, food-plants and medicines. The forests were also home to deer, bear and other animals that were hunted for food and hides. 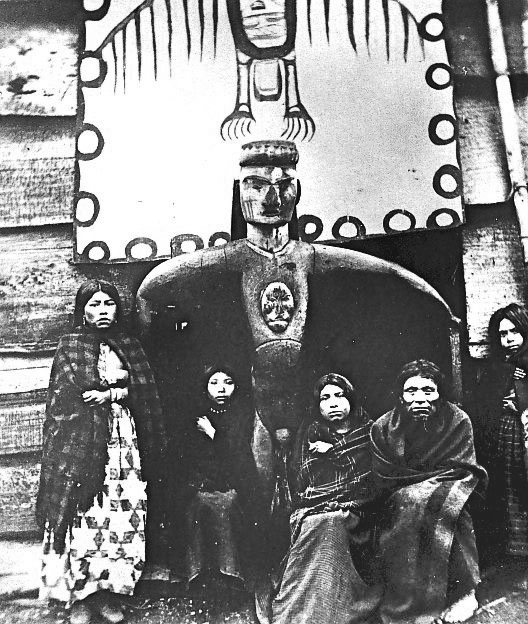 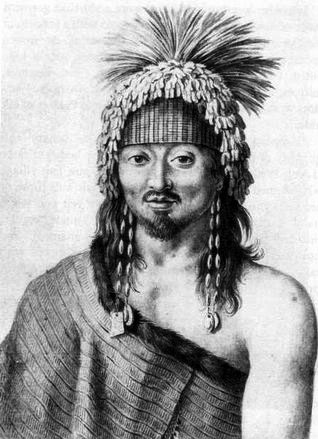 Jose Cardero, artist on the 1792 Spanish expedition to the Strait of Georgia and Gabriola Island, drew this depiction of a Snuneymuxw “chief of Descanso Bay”. It is the earliest known image of a Gabriola Islander.  Credit: Museo Naval, Madrid

In 1792, Spanish sailors landed on the island they would call Gaviola, later corrupted to Gabriola.

The Spaniards were met by local Snuneymuxw people who lived in villages around the island, the largest of which was at Tle:ltx’w, on False Narrows.

The traditional land uses practiced by the Snuneymuxw had enabled the natural resources of Gabriola to sustainably support a substantial population – for a very long time. From an historical perspective, the last 150 years of European settlement and land use are a recent anomaly in the history of Gabriola Island.

The treaty recognized their title to land, their culture, way of life and economy. Douglas had already concluded eleven treaties with First Nations around Fort Victoria.

The Snuneymuxw Treaty covered Gabriola Island and much of present-day Nanaimo, Cedar and Lantzville. The average value of each Douglas treaty was about £50; approximately $8500 in 2015 currency.

Within a short time, however, Colonial authorities ignored the Treaty, and Snuneymuxw village sites and fields were pre-empted or alienated.

Douglas subsequently introduced a Land Registry Act in 1860 that allowed individuals to pre-empt up to 160 acres of Crown land on Vancouver Island simply by making improvements such as clearing fields or building a cabin. First Nations people, including the Snuneymuxw, were prohibited from applying for pre-emptions.

Within a few decades, except for two tiny Snuneymuxw reserves, Gabriola was carved into approximately 100 privately-owned pre-emptions. 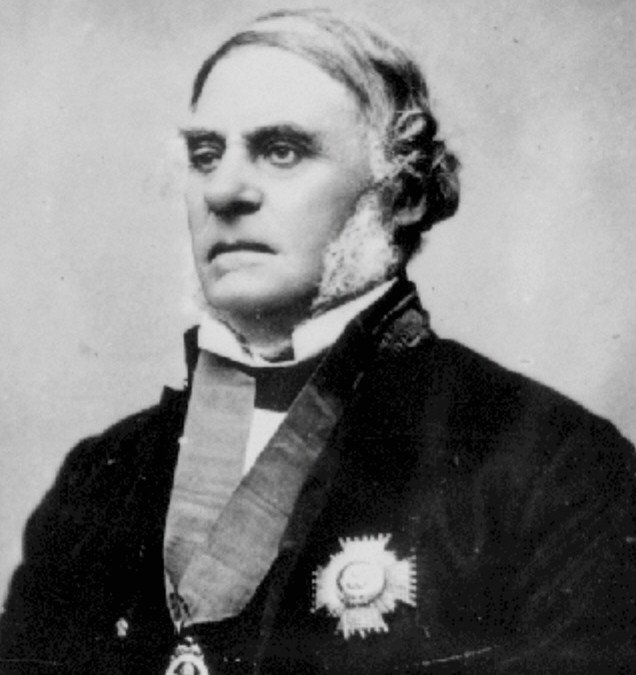 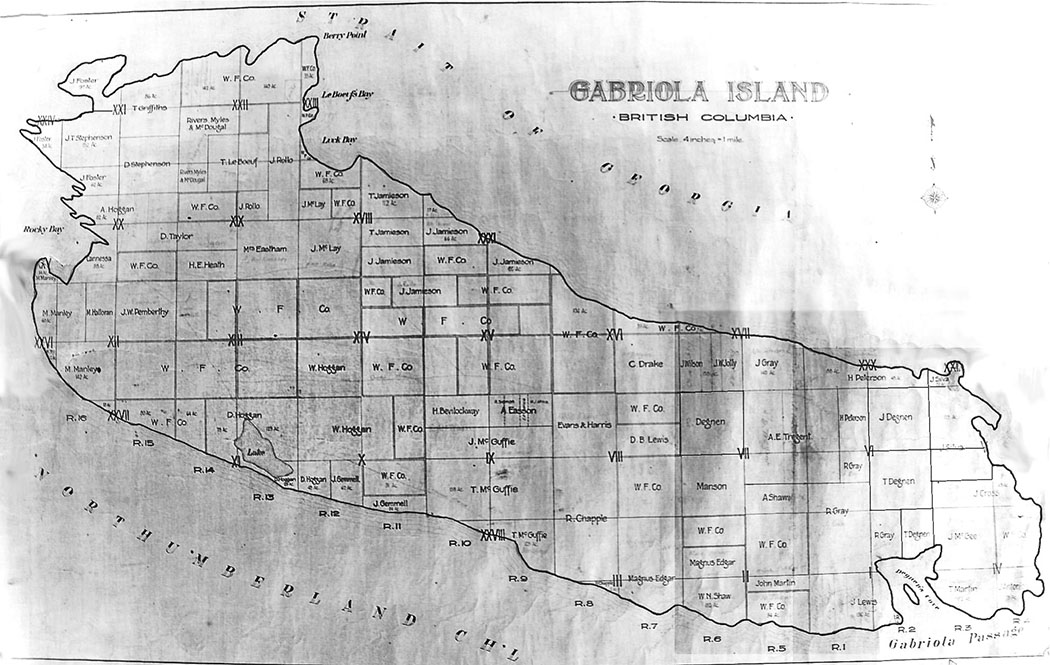 The Snuneymuxw Treaty of 1854

On December 23, 1854, Snuneymuxw entered into treaty with the British Crown. This treaty recognised their title to lands, laws and jurisdiction, and was intended to protect their culture, way of life, and economy.

Since 1854, generation after generation of Snuneymuxw have held and passed on the meaning and importance of that Treaty for the People. It remains today the foundation for their relationship with the Crown, governs how lands and resources can be used throughout their territory.

What Led to the Treaty

Searching for a foundation for the Colony of Vancouver Island’s fledgling economy, Governor James Douglas turned his attention to coal deposits in Snuneymuxw Territory in the Nanaimo region.

Under British laws, colonial authorities realized they had to conclude a treaty with the indigenous owners of the land, the Snuneymuxw. The goal of the treaty making was to achieve, through tradition and respect of the Snuneymuxw, access to the coal deposits.

What is the Meaning of the Treaty

The Treaty of 1854 is not just a written text. It is an understanding reached between the Snuneymuxw and the British Crown that is carried forward by Snuneymuxw’s oral history, teachings, and knowledge; the actions they do as well as the written text. The Treaty recognizes the Snuneymuxw culture, way of life, and title to Snuneymuxw village sites and enclosed fields.

Amongst other things, it also specifically confirms protections for Snuneymuxw fisheries and hunting.

The Treaty was reconciliation between the Crown and the Snuneymuxw – a key purpose of which was Crown recognition and confirmation for Snuneymuxw to continue the dynamic society, culture and economy which had developed over countless generations on the lands and waters that had always been their foundation.

How Has the Treaty Been Used

Shortly after the Treaty was concluded, Colonial authorities and later governments of British Columbia and Canada began to deny and disavow the Treaty. They ignored or dismissed the solemn confirmations and promises that were made. Snuneymuxw village sites and fields protected under the Treaty were unlawfully pre-empted or alienated.

Violations of the treaty have resulted in significant hardship for the Snuneymuxw. That the Snuneyuxw today have the smallest reserve per capita land base of any First Nation in BC, can be directly tied to breaches of Treaty promises.

What is Happening Today

The Snuneymuxw are pushing strongly for the Federal and Provincial governments to engage in a comprehensive process of Treaty implementation. Full implementation of the Treaty of 1854 will result in significant benefits – economic, social and cultural – to the whole region.

The Challenge of the Land

The first European settlers to Gabriola were attracted by the prospect of cheap farmland that could supply a growing market of hungry miners and workers in Nanaimo.

In May 1874, an upbeat Nanaimo Free Press article noted that 19 farm families now lived on Gabriola: “Their stock consists in all of some 400 and 50, or perhaps 500 head of cattle. They also have numerous pigs and fowls, and supply us with butter, eggs, potatoes, turnips, and a considerable quantity of oats, not to say anything of the very excellent beef it feeds.”

Despite the Free Press’s optimism, Gabriola farmers faced considerable challenges and competition. With the 1888 completion of the Esquimalt & Nanaimo Railway, Vancouver Island farms could now supply Nanaimo at less cost than Gabriolans who had to ferry their produce and livestock across 4.5 miles of sometimes turbulent waters.

It was only in 1931, when the six-car Atrevida inaugurated regular service between Descanso Bay on Gabriola and Nanaimo Harbour, that Gabriola farmers finally had a reliable ferry. But their biggest challenge was the very nature of the land. 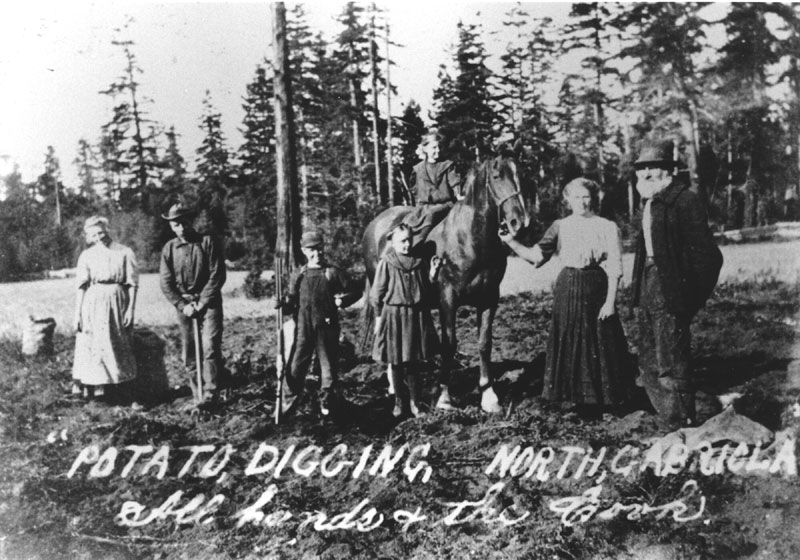 The Rollo family digging potatoes on their family farm in the 1890s.  Credit: Gabriola Archives

Gabriola only has a few small pockets of good soil.

Most of the island is thin layers of sandstone and conglomerate derived soil, covered by dense growths of fir, cedar and hemlock.

Though Gabriolans continued to tend vegetable gardens, plant apple, pear and plum orchards, and keep chickens or few head of livestock, few small farmers made a living at farming. Most also had jobs at the Gabriola Brickyard, the sandstone quarry, or the Silva Bay Shipyard. The few large commercially successful operations raised beef cattle.

By 1960, life for Gabriola’s approximately 450 residents was changing.

Developers were buying cheap farmland for recreational and residential subdivisions. 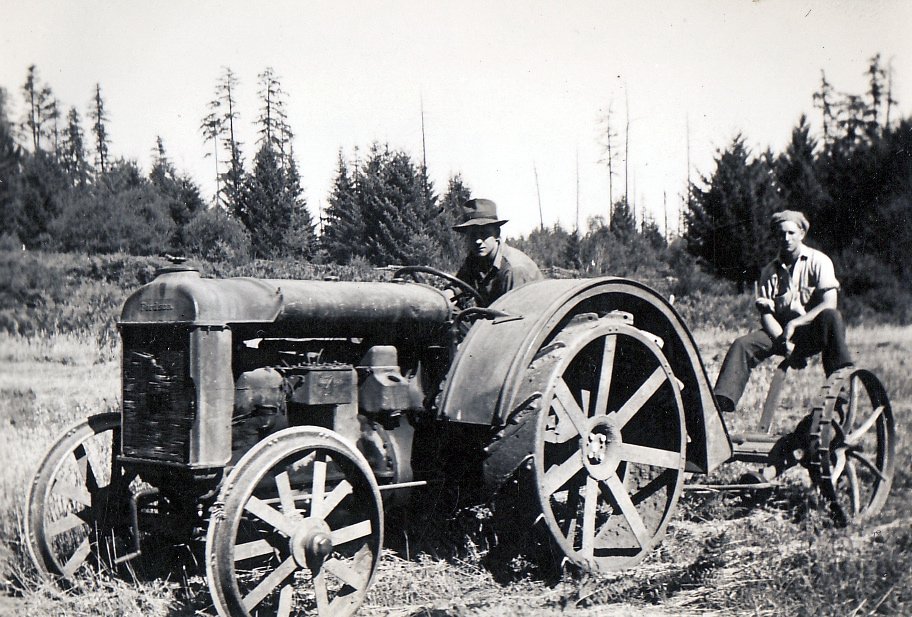 Among the new arrivals were back-to-the-land hippies, who joined long-time islanders in demanding a stop to uncontrolled development. 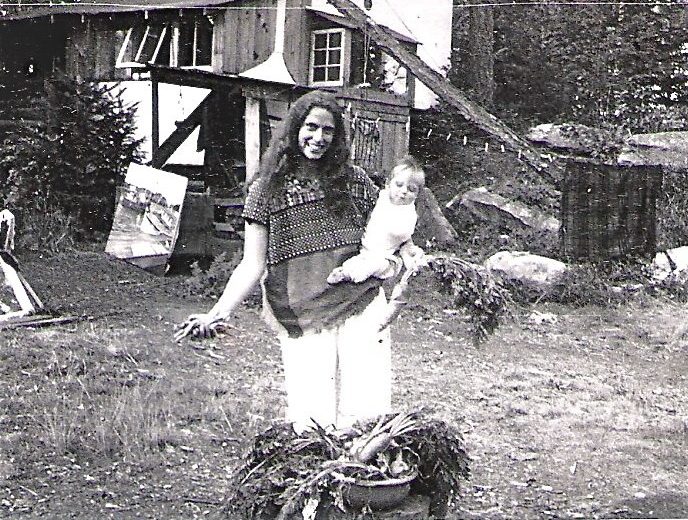 The BC government responded by creating the Islands Trust in 1974, with a mandate to preserve and protect the environment and rural nature of the Gulf Islands. That included controlling development.

In the decades that followed, Gabriola continued to grow, albeit in a more controlled fashion. The 1990s witnessed a major expansion of the village with FolkLife centre. And by 2011, census records listed 4045 full time residents on Gabriola Island.

The Land Will Provide

From 1950 to the mid-1970s, Gabriola farmland had more value as recreational and residential development than it did for growing food.

This was part of a province-wide trend that, by 1990, saw more than 70 percent of the fruits and vegetables consumed in B.C. being imported from California and other offshore locations. Simultaneously, local food production declined.

But today, that trend is changing. The advent of new agricultural methods, including sustainable farming and permaculture, a “grow local and eat local” movement, and unique forms of land ownership, are transforming farming on Gabriola. 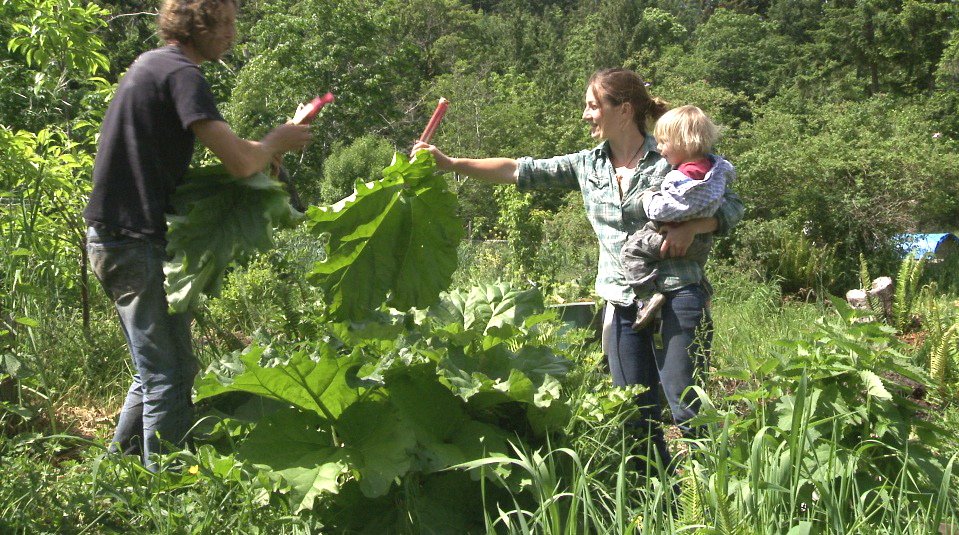 “Our vision is to create a working permaculture family farm: one that produces an array of healthy food for the community, nurtures the soil and surrounding environment, and provides a venue for community involvement, participation, and education.” 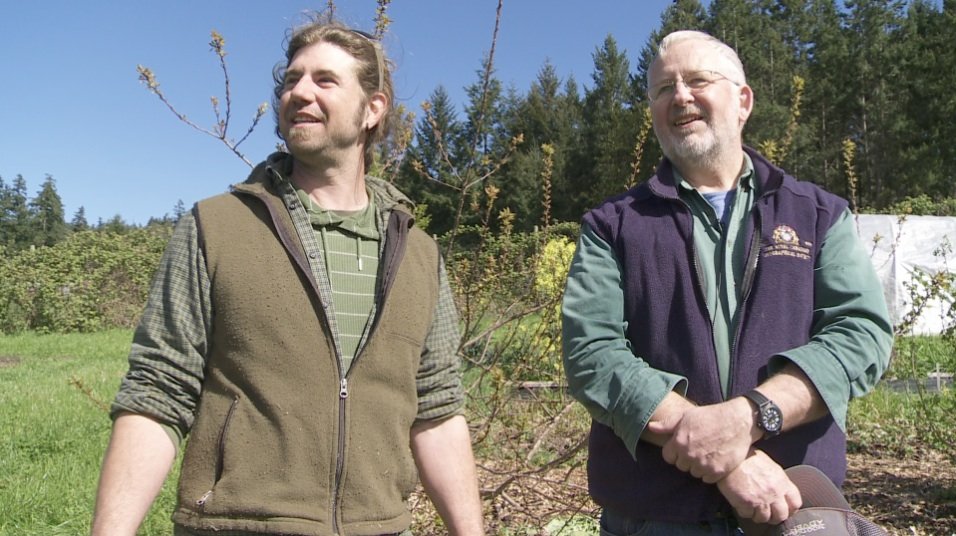 John Peirce consults with permaculture designer Stephen Levesque about his orchard in Gabriola’s south end, which they have together tended since 2011.   Credit: Tobi Elliott

John Peirce of Namaste Farm shares his private property with groups who grow a variety of food crops in allotment gardens.

And, with a vision rooted in the ancient tradition of the medieval commons, a grassroots organization of Gabriolans bought a 26-acre goat farm in 2005, which they transformed into the Gabriola Commons. Their goal is to nourish the community, ensure ecological sustainability and demonstrate democratic and equitable stewardship.

In the process, the Commons has created a unique form of common land ownership that is setting a precedent in North America.

“The future of agriculture on Gabriola is looking mighty good. We have an amazing generation of young farmers living dynamically with healthy purpose, raising yet another generation with power and magic. All farming with love for our earth.”

The Business of Farming

One of the first commercial farms on Gabriola was cleared by Robert Gray in the 1850s near Degnen Bay, on the southern end of Gabriola. Gray located his farm on one of the island’s few pockets of good soil, and was soon producing high-grade beef, mutton and poultry.

By the 1930s and 40s, Gray’s grandson, Robert “Dorby” Gray, was operating the family’s farm – noted for its prize Aberdeen Angus cattle. 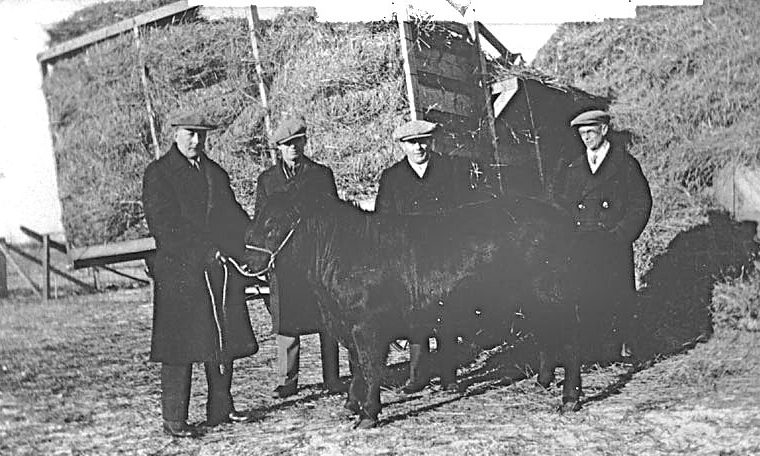 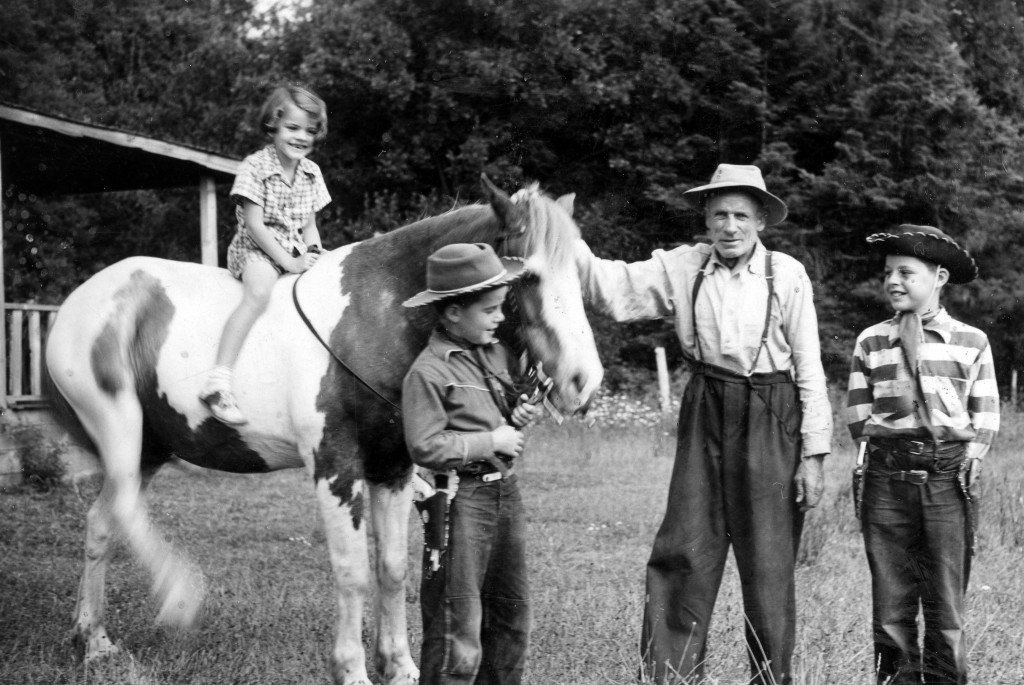 George Boulton in 1952 with three of his grandchildren and Sundown, the family pony.  Credit: Gabriola Archives.

Cattle rancher George Boulton moved his young family from Consort, Alberta to Gabriola in 1948, where he started Somerset Farm. Boulton’s son Eric recalls those early years as farming “with a couple of cows and a bicycle with a flat tire.”

Eric’s daughter Alexa, the third generation of Boultons to farm on Gabriola, studied at Alberta’s Olds Agricultural College. She runs Somerset Farm’s modern abattoir, the only facility of its kind on the island. 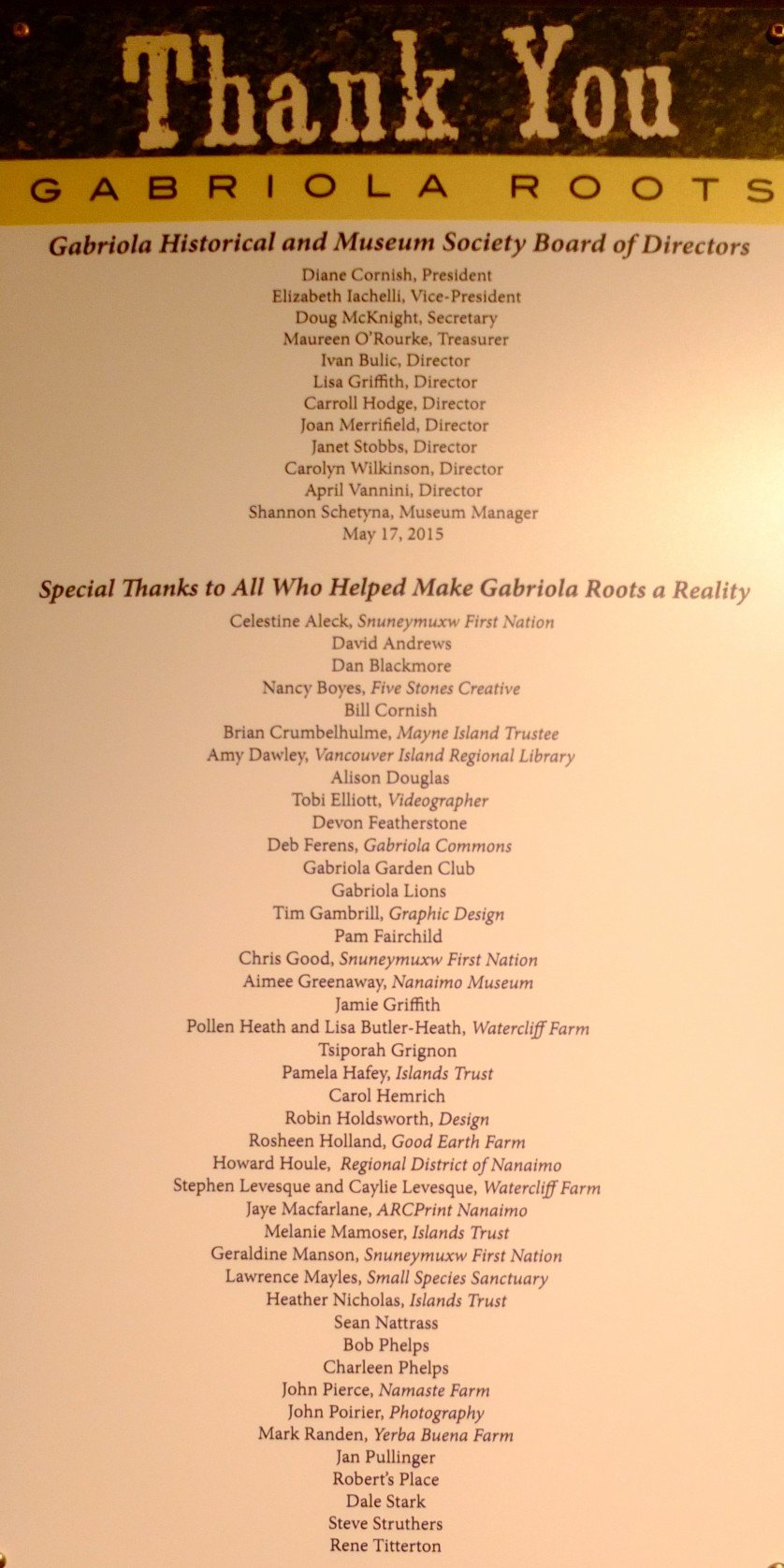 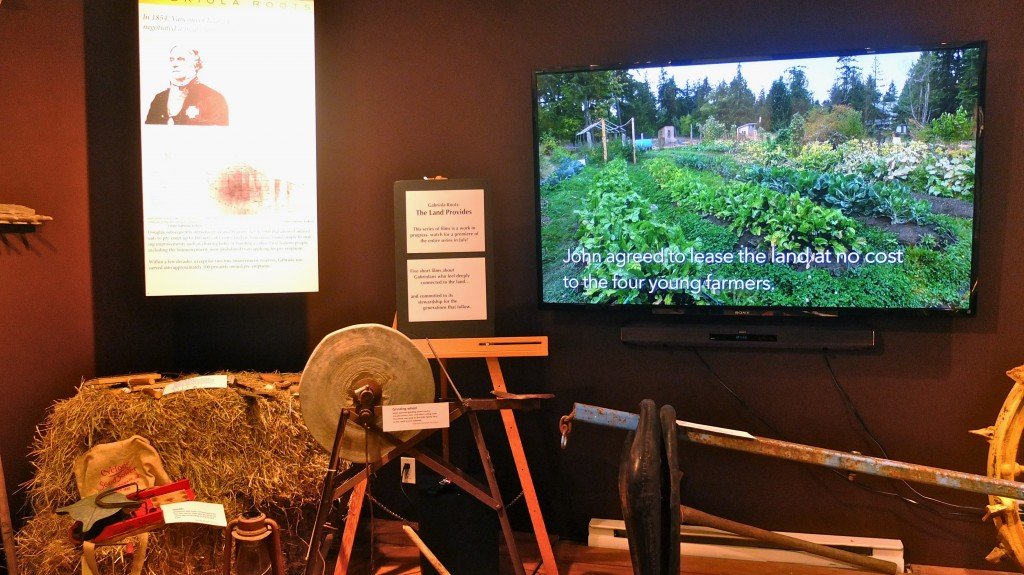 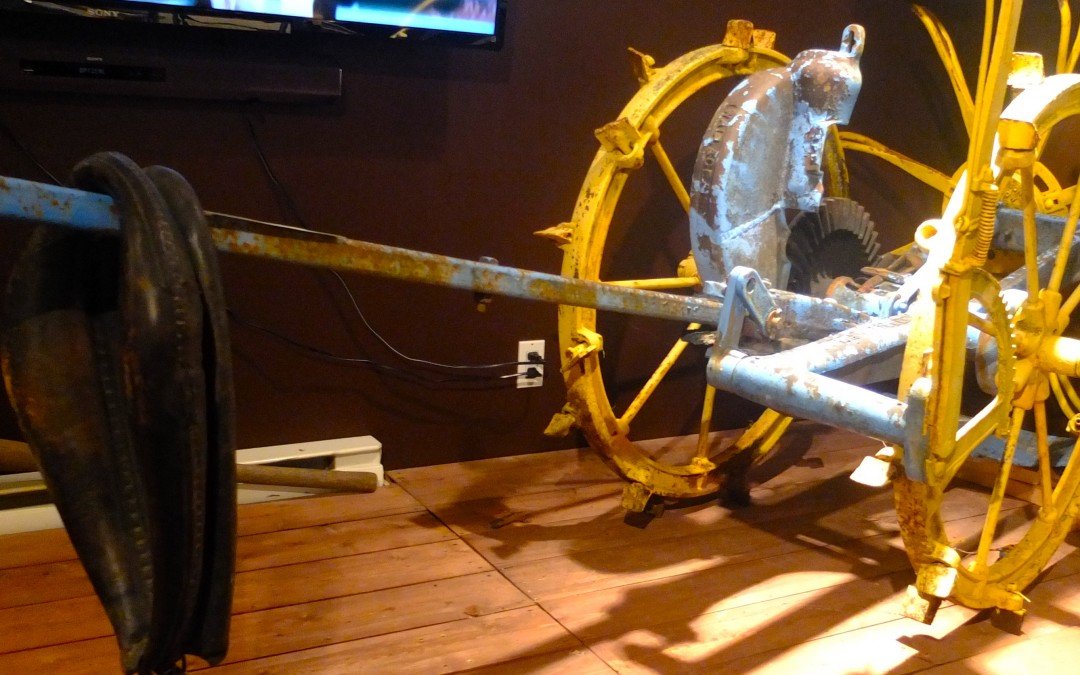