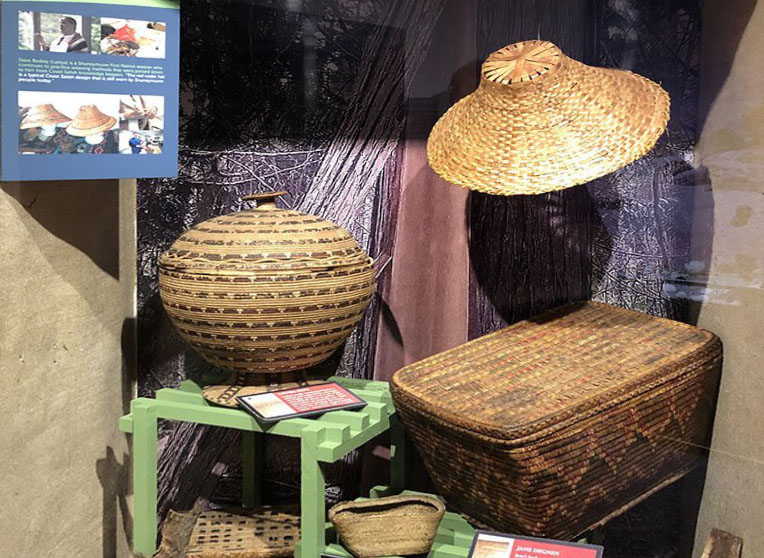 Indigenous Exhibits at the Gabriola Museum

Snuneymuxw Village of the Ancestors

Petroglyph Park was conceptualized in 1996 by the Gabriola Historical and Museum Society (GHMS) to protect the fragile original petroglyphs. With the permission of the Nanaimo First Nation (now Snuneymuxw First Nation) and the help of a grant from the BC Heritage Trust, the Museum began a two-year journey in 1996 to reproduce 39 petroglyph images on the Museum grounds.

The original petroglyphs, located in various places on Gabriola Island as well as from off island sites, were reproduced in cement castings by Jared Hooper based on rubbings and photographs made by Mary Bentley.

In 2016 in response to the Truth and Reconciliation Commission reports (2015) the GHMS began a reconciliation project. At this time, Elder Manson relayed to board member Gloria Filax that the Ancestors were distressed because people visiting the Museum were unaware of the cultural, historical, and spiritual significance of the petroglyphs. Elder Manson’s concern became the basis for a partnership in which Snuneymuxw First Nation are lead on the GHMS reconciliation project.

Initial funding was awarded for this project through the BC Heritage Legacy Fund (2019) and the Regional District of Nanaimo (2020). The title of the project is called the “Village of the Snuneymuxw Ancestors”. The site chosen for this project is in the southwest corner of the Museum property. Ten to 12 of the reproductions may be placed within the village.

Elder Geraldine Manson has written a booklet, titled, Snuneymuxw History Written in Places and Spaces: Our Ancestors – Echo in Time that discusses the petroglyphs.

Work on this project continues with a prospective completion in 2022. 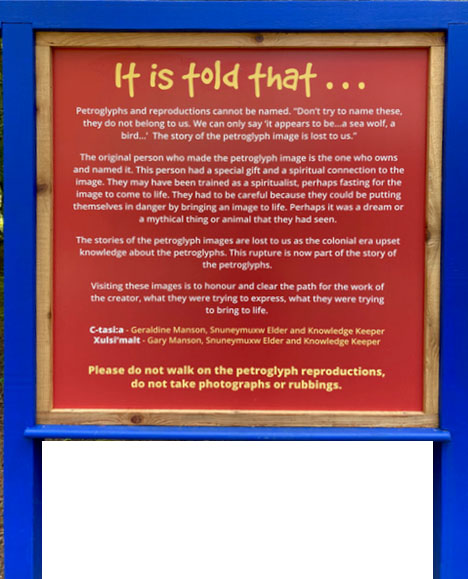 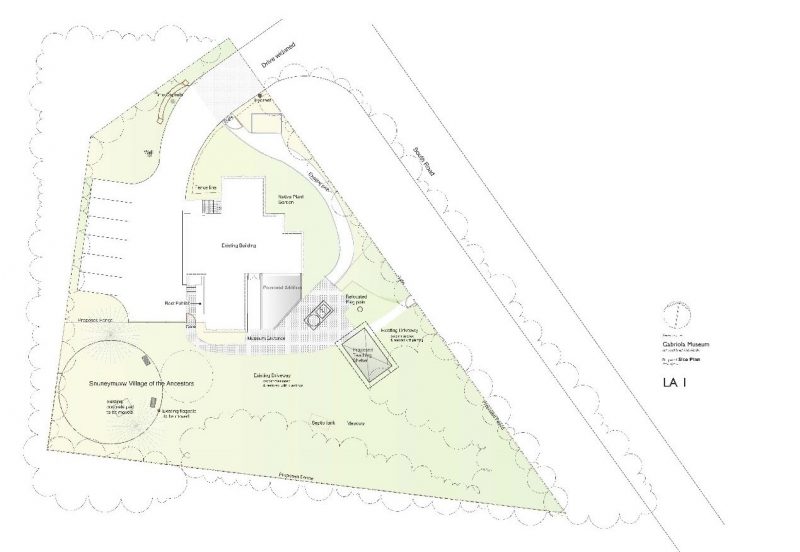 Connections from the Ground Up

This exhibit is Gabriola Museum’s permanent display and explores Gabriola’s cultural landscape through rocks, shores, ocean and forests and the interconnectedness between the natural place and the people who have inhabited it.

Learn more about cedar and basket weaving and why the cedar tree is so important to Snuneymuxw First Nation People. learn more 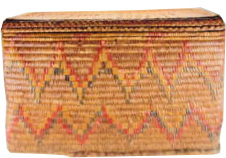 A Path for Remembering and Honouring

There is a patch of woods on the Northwest side of the Museum where 215 small orange flags line a pathway. The 215 flags are there to remember and honour the 2021 discovery of the remains of 215 children buried on the grounds of the former Kamloops Indian Residential School.

Former residential students’ Testimony at the Truth and Reconciliation Commission (2008) hearings had estimated that 50 deaths may have occurred at the Kamloops institution. Ground-penetrating radar, used by The Tk’emlúps te Secwépemc First Nation in culturally appropriate ways, revealed many more unidentified bodies. Subsequent searches at other former residential schools all over Canada continue to uncover many more unknown bodies and document the ongoing tragedy of the residential Indian school legacy.

The Pathway was created by the Museum’s Truth and Reconciliation Committee to remember and honour the unknown and unnamed Kamloops children and the many others still undiscovered. It also exists to give visitors to the Museum and residents of Gabriola a place to walk, meditate and learn about this important part of contemporary Indigenous and British Columbia life and become accountable for future actions that “ensure these tragedies do not happen.” 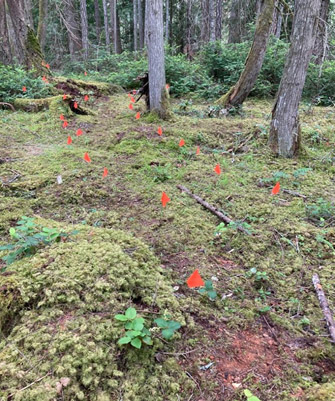