The Stories of Silva Bay are brought to life by a wonderful film crafted by Tobi Elliot. 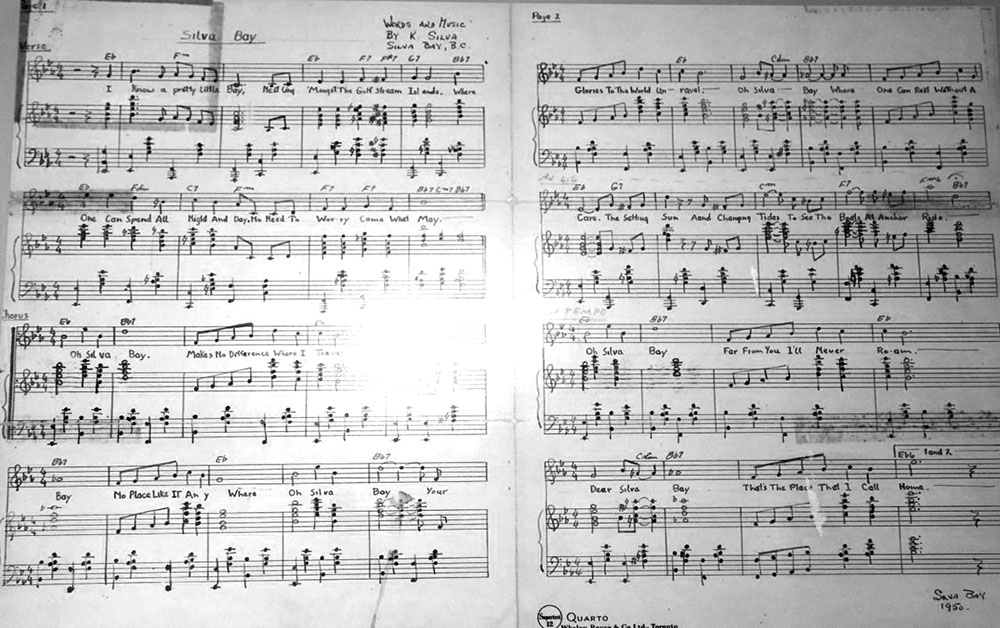 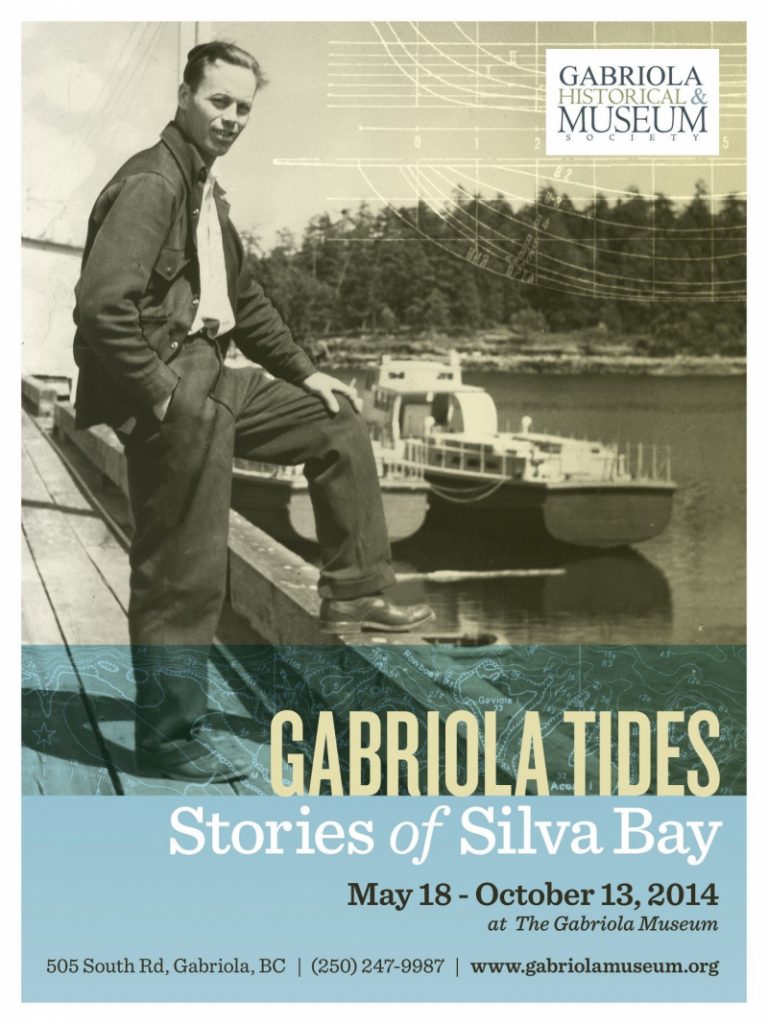 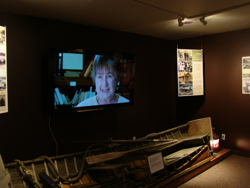 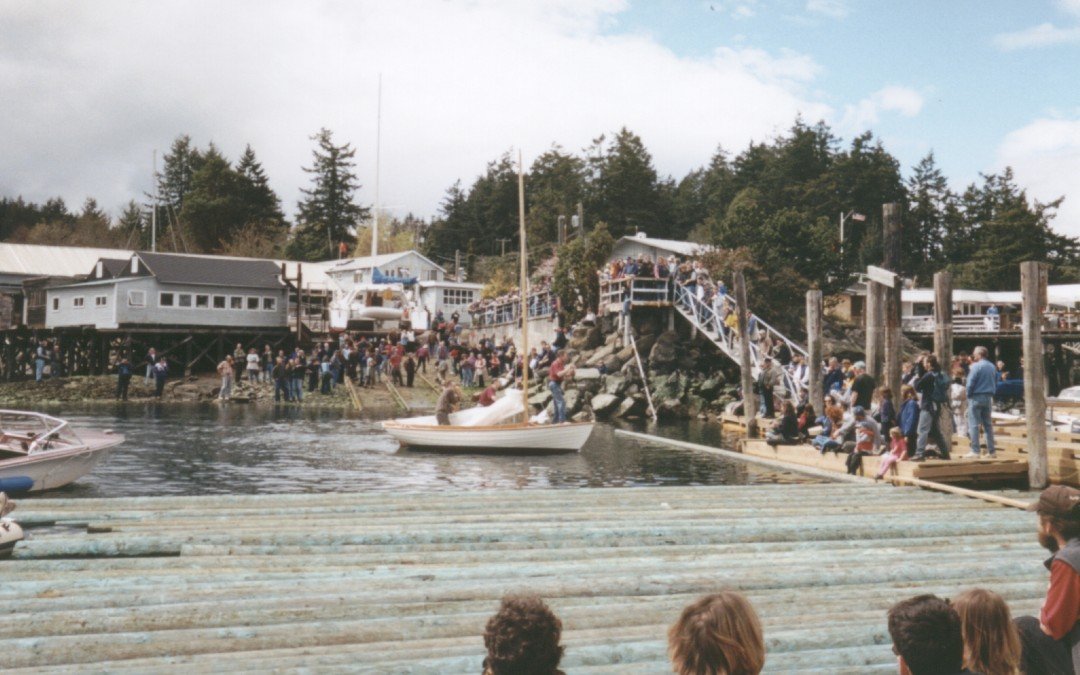 The Filming of Gabriola Tides: Stories of Silva Bay

“We adopted the film form for this year’s exhibit because it allowed us to use far more images than we have wall space for- it has hundreds of photographs instead of a dozen.” Ivan Bulic, the exhibit designer, is speaking of the 30 minute film that is the main focus of a current exhibit at the Gabriola Museum.

The exhibit captures the layered history of Silva Bay, a culturally diverse community in the early 1900s. Silva Bay was home to First Nation families, as well as Japanese, Portuguese and Canadian settlers. Commercial ventures like fishing, logging and boat building existed side by side with a store, a marina, a school and a log church.

“The film also enabled us to include Kitty Silva’s original song, Ode to Silva Bay, as part of the soundtrack,” Bulic adds. Discovered in the Museum archives as a sheet of music and lyrics, the song was arranged and recorded with for the first time by Gabriola musician Steve Elder in his studio. “Kitty Silva was in her 60s in 1950 when she wrote it, and at that time on the island there was no electricity, people entertained themselves. This may be the first time since 1950 that anyone’s heard it.”

Tobi Elliot, cinematographer and editor of Gabriola Tides, recalls moments during the shooting when the Bay’s history seemed almost tangible. “We were interviewing Fred Withey in front of the same boat shed where his father once built wooden yachts and the noises coming from the current boatbuilding activity- hammers, saws, voices of the workers- made it all come alive. And again, while we were filming Pages Marina from a boat, we sailed past a small fish shack on floats that once housed Japanese fisherman.”

The film captures many of the transformations that Silva Bay has undergone, and a sense of what has continually drawn people to this sheltered harbour. 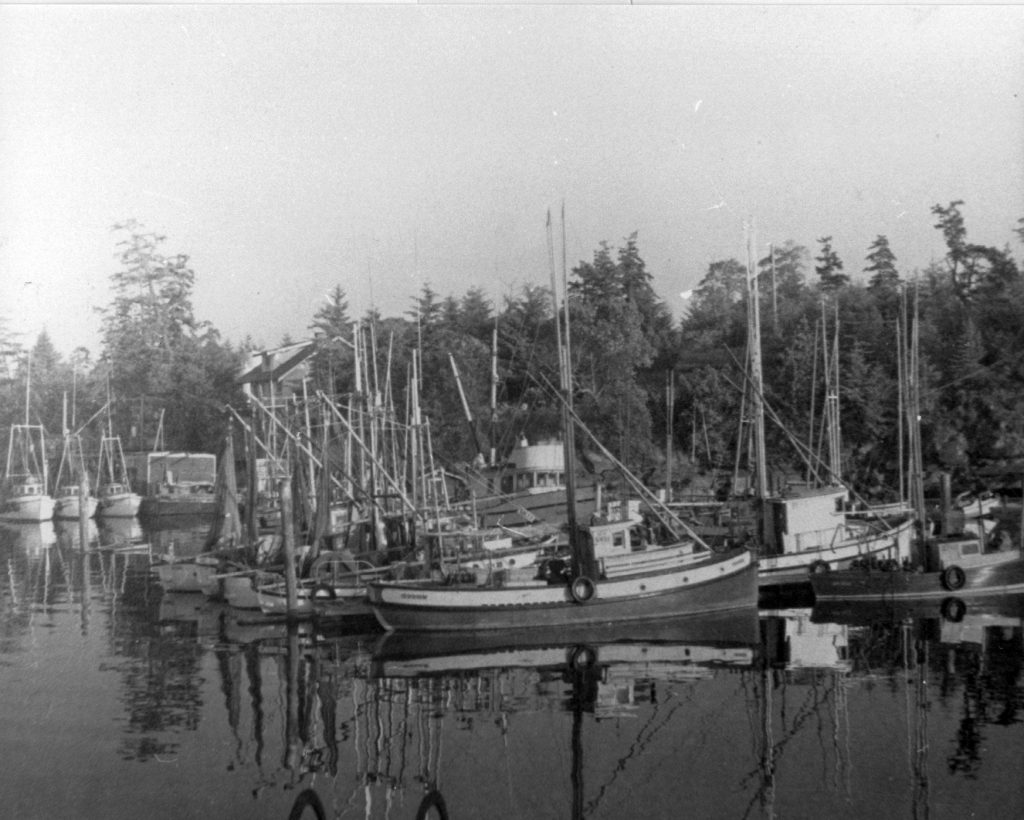 ‘Half boat’ model used at the Silva Bay Shipyard School to demonstrate construction of a traditional, carvel planked wooden boat.

This boat was built by Turner Boatworks, a well known shipyard that operated in Vancouver’s Coal Harbour from 1908 to 1958. (Loaned by Tony Grove)